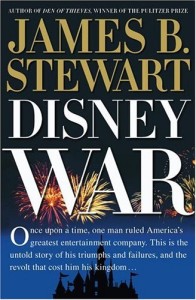 This book was a fascinating analysis into the course the Disney Company chartered after Walt’s death and tries to discover the reason Michael Eisner became so defiled within the Disneyana community.

The Dearth and Decline of Michael D. Eisner

(Chairman/CEO of the Walt Disney Company)

Company was suffering from lack of direction

Eisner was able to re-vitalize feature animation with:

and the parks with:

Frank knew how to spend money to make money

While Eisner may have liked the ideas, he wasn’t always ready to risk the money