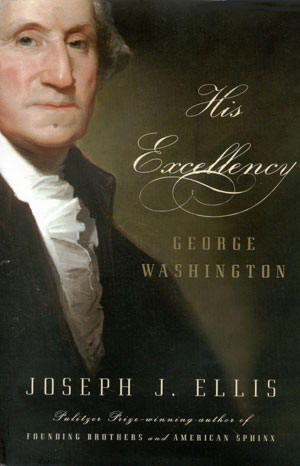 Quite interesting to break down the mythology that covers George Washington “like ivy covers a statue” and get a look at the real man. More than anything, this book reignited my interest in the Revolutionary War which had slightly waned since I read Hornet’s Nest (the only book Jimmy Carter should ever have written…the last thing we need is ex-Presidents commenting on media frenzies) which is a fantastic factional book about the Revolutionary War in the South and how it affected two individuals on opposite sides. This biography begins with the first time Washington was publicly recognized…after he published his adventures mapping out the Allegheny mountains. From there to his death some 60 years later, we don’t see some super-human who was so intelligent and so wise and so powerful as to see the effect his actions had on the future, but a man. Washington was all too aware of the effect he had on the future, but he also wished nothing more than to retire and micro-manage Mount Vernon. This portrait is fascinating and compelling and well worth the read.