I am a passionate fan of your body. Of work! Body of work! Sorry. *sheepish grin* 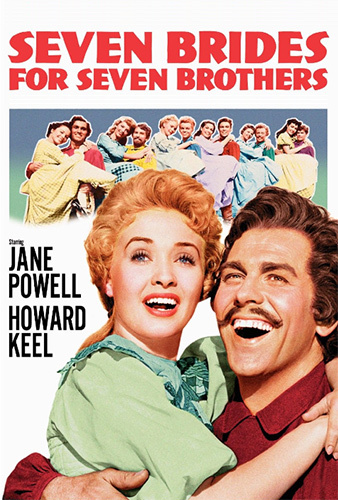 Anyways. Several years ago I was lucky enough to perform in a college production of Seven Brides for Seven Brothers, which rekindled my love for the original 1954 film with the indomitable Howard Keel. Ever since then, the idea has been slowly gestating in my brain that I’d love to see the film remade, but Howard Keel is just so bloody incredible. Then it hit me: you would be the perfect person to do justice to the role of Adam Pontipee. Not as any sort of replacement or commentary on his performance, but as a modern-day counter-part or complement.

Then as I continued to think about it, I started to fill out my “dream cast” and settled on Anne Hathaway as Millie (plenty of spunk and talent).

I think Chris Evans would be a nice complement to the cast as well. Frank or Benjamin perhaps.

Oh no, wait, hold on. NEIL PATRICK HARRIS NEEDS TO BE FRANKINCENSE!!!!

And if he’s doing that, then we need to have Jason Segal as Benjamin. Because I mean…come on. 🙂

Beyond that I don’t have any other suggestions or ideas, but since this isn’t likely to gain a lot of steam or result in anything actually being accomplished, I’m allowed to dream, no? 😉

Disclaimer: This page is not affiliated with anything that matters and has no actual physical bearing on things happening in Hollywood.

One thought on “An Open Letter To Hugh Jackman”