Well if being in a metro train on my way to an already started performance of Mel Brooks The Producers wasn’t bad enough, maybe the abusive and loud African American teens who boarded the train shortly after we (me, my dad, and a friend) did was. I absorbed myself in my GameBoy (Super Mario Bros. 3) but the noise level in the train increased . . . a lot. But that wasn’t the half of it. As I had said, we were late to the performance. While it grieved me to be late and miss even a moment of Jason Alexander (Yea Catbert!) and Martin Short do anything, I was content to arrive in time for my favorite number, Der Gutten Tag Hop Clop sung by the playwright of Springtime for Hitler, the musical within the musical. The show was incredibly funny and energetic, but I didn’t like Roger DeBris, the gay director. It wasn’t the fact that he was completely different from the CD (as was everyone else), it was just something weird that he brought to the role that I didn’t like. But when the National tour comes to OCPAC, the original CD singer will be onstage, so I am willing to forgive him. He talked in a really high gay voice and it just sounded . . . bleargh. Anyways, I loved the show, and following are some of the lines that I really liked. 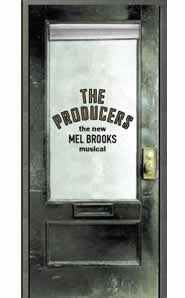 (Biaylstock and Bloom have just returned from a meeting to find that Ulla has painted the entire office white) When did you get this done? Intermission (Bialystock and Ulla Opening Act 2).