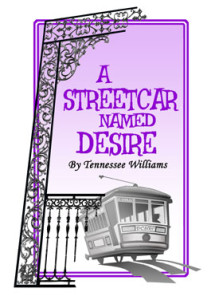 Kim Brown was the primary reason we came (and Laurie Reynolds…and Veronica Mullins…and Mason Meskell…and Nika…and…well you get the picture), but the raw emotional power onstage was the reason we stayed.

One particular moment is still shudderingly vivid in my head…it’s in Blanche’s Act II monologue about what really happened to Belle Reve and the line where Blanche calls to the soldiers creeped me the hell out!

And the music was fantastic (Veronica told us later that she just brought in her collection of jazz and told the director, “Here.” LOL).